Collaborate with zencity and make your city smarter today! 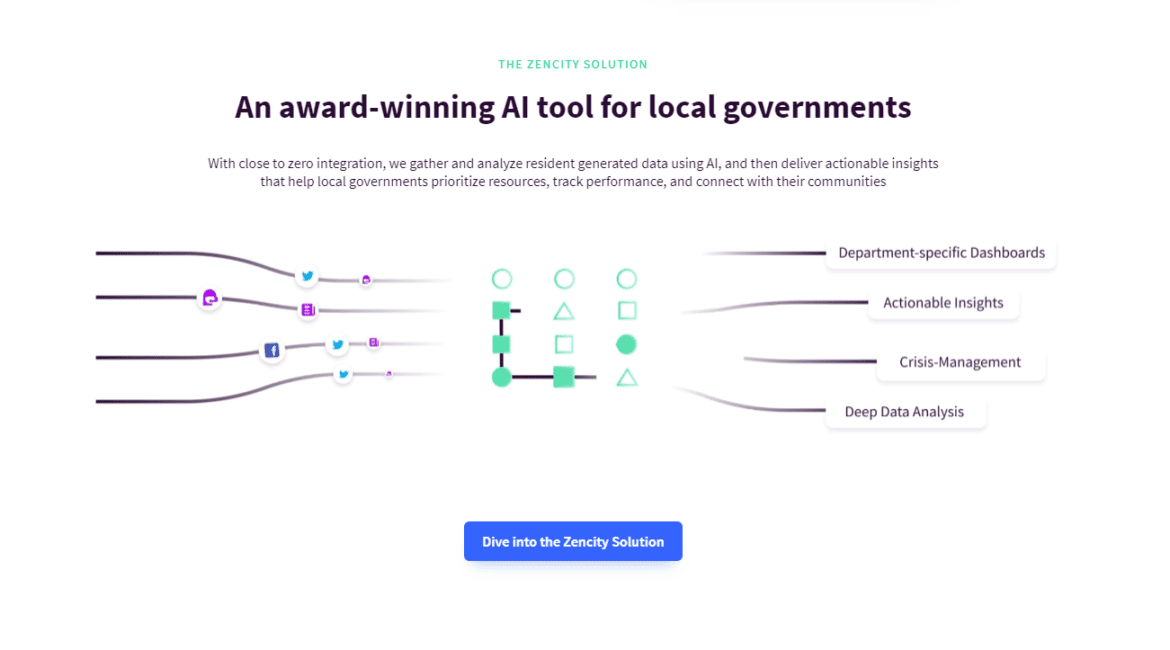 Introduction: a description of what ZenCity is and how it works

ZenCity is a civic engagement platform that uses artificial intelligence and machine learning to help cities collect and analyze feedback from citizens.
The platform allows city officials to better understand the needs of their citizens and make data-driven decisions.
ZenCity is a SaaS company and is currently used by governments in Europe, North America, and Asia.

Use cases: how governments are using ZenCity

ZenCity, a startup that uses artificial intelligence (AI) to help cities manage their operations, has been gaining traction with governments around the world.
The company’s SaaS platform allows city officials to collect and analyze data from various sources in order to improve services and make better decisions.

One of ZenCity’s earliest customers was the city of Los Angeles, which used the platform to track public opinion on a variety of topics.
Officials there were able to use the feedback to address issues such as traffic congestion and public safety.

More recently, ZenCity has been working with the government of Singapore to develop a “smart city” initiative.
The project involves using AI and other cutting-edge technologies to improve transportation, energy efficiency, and other aspects of life in the city-state.

Benefits: what benefits governments get from using ZenCity

ZenCity is a company that uses artificial intelligence and machine learning to help governments make better decisions. Their software helps city officials manage their data, predict problems, and understand how the city works as a whole.
This allows them to make better decisions about how to allocate resources and respond to problems.
ZenCity’s software is also used to improve communication between government officials and citizens.

Governments are starting to use SaaS companies like ZenCity because they offer a lot of benefits.
For example, ZenCity’s software can help cities save money by predicting problems and allocating resources more efficiently.
The software can also help officials communicate with citizens more effectively, which can improve trust between the government and the people. In addition, using AI-powered software can help governments become more efficient and responsive to the needs of their citizens.

Platform: the features of the ZenCity platform

ZenCity’s platform helps city officials collect data from citizens, analyze the data, and respond to citizens’ concerns.
The platform also allows city officials to track the progress of their projects and share information with the public.

One of ZenCity’s key features is its ability to handle large amounts of data.
The platform can analyze text, images, and videos, as well as track social media activity.

ZenCity is currently being used by several cities in the United States, including San Francisco and Oakland.
The company plans to expand its operations to other countries in the future.

Pricing: how much ZenCity costs

ZenCity is a startup that delivers AI-powered govtech solutions to cities.
The company has raised $5 million in Series A funding from investors, including Sequoia Capital.
ZenCity’s platform helps city officials collect and analyze data from citizens to improve services.
The company’s pricing starts at $2,000 per month for small cities and scales up depending on the size of the city.

In the past few years, there has been a proliferation of SaaS companies in the civic technology space.
These companies are using artificial intelligence and machine learning to help governments make better decisions.
Zencity is one such company. It uses ai to help cities understand what their citizens want and need.
This information is then used to improve city services and make life easier for residents.
Other govtech SaaS companies include OpenGov, GovDelivery, Noodle.ai, and DataRobot.
These companies are helping to modernize government and make it more responsive to the needs of citizens.